A friend of mine, let’s call her Livvy, has a very peculiar obsession.

She is in her late thirties, divorced, lives in a very nice house in Green Park. She is attractive, accomplished, and personable. She is sought after company and lives a very sociable life.

But she harbours a secret. Once every four or five weeks she will make an appointment with a male escort for dinner at a ‘good’ (i.e., Michelin starred) restaurant. She will wine and dine him and hope that at the end of the evening he will offer her ‘extras’ in the form of sex. If he does (and by no means all do) she will take him to her hotel room and count out banknotes and pay this stranger for sex.

‘It is’, she says, ‘the ultimate kick’, for her. It eclipses the rest of her sex life and it is the one thing she can count on to calm whatever is going on in her life.

But as much as she loves it, she hates herself for loving it.

I think I understand the need she has. To begin with, I asked her just how much of her ‘habit’ was a need to experience a form of humiliation.

Less than practically any woman I know she would not have to pay for sex, and yet she chooses to do so. Is even desperate to do it? Why? What drives her?

‘I like to stand there and count out money. I want, need them to think of me as desperate, as pathetic.’

I say that it must add up to a tidy sum considering the hotel room, the restaurant, the booking fee and the extras.

So basically, Livvy can’t live with it, and can’t live without it. But what need does it fulfil? What does she get for her money apart from the obvious?

‘I think I need them to feel in control, for me to be seen as desperate. Pathetic. From the first meeting, through the meal and the rest, I act like I have not had a man in years; like I am starved. I come across – I play the part – of a woman frustrated and fully prepared to degrade herself in any way for sex.’

And the men? How do they react to that act?

‘Some – most – just deliver the goods, whatever’s on the tin.’ She says.

She smiles, ‘Well they vary between competent and inspired. But it’s very much all controlled. Most of them see themselves as service providers.’

But she said ‘most’ – stressed it – so what about the others?

It is here that her face changes. I can tell she is having a memory. She falls silent for a moment.

Then before she speaks she takes a deep breath and clears her throat.

‘Some – just occasionally – really deliver. I don’t just mean the sex. But the context. The thing that elevates just getting a cock or fucked into something like heroin. A session like that lasts a lot longer than just the fucks. It’s true, I am marginally content with a fuck, but disappointed maybe four times out of five. But that fifth one makes them all worth it. It is that one that keeps me coming back, searching. Hopeful of more.’

But can she explain to me what the difference is? What is the heroin in all this? The addiction?

Her face tells me that it’s difficult to explain. But all the interesting things are so I push her. ‘Make me understand. Please.’

She finishes her drink, places the glass carefully down on the table. ‘The ones who deliver, I mean really deliver are the ones who see my desperate, pathetic act, not as the act it is. They are the ones who see it as real. They see me as a woman who they don’t have to satisfy, they know they can exploit me. Treat me like shit. After all, if I’m desperate I will take anything. Some get really into it. They feel released from their obligation and can let their real feelings show. Really go to town.’

I think I get this. But I need more. I need something more concrete if I am to be sure.

She goes on. ‘How can I explain it? The first type feels they are obliged to deliver a service that I – the woman is needy for. The second sees the need, but no longer feel the responsibility to deliver. They realise they can do anything, and I will still be grateful. They are no longer doing a client, they are taking the chance to treat a woman how they want – exactly how they want. They feel free to indulge themselves and just assume my compliance.’

‘There are rougher, take control. They work off their frustrations, not mine.’

‘Well, very occasionally, but even then only a polite measured one.’ She smiles.

‘So how rough do they get? ‘ I am intrigued.

‘Bruises. I have had a lot of bruises.’

‘From sex yes. The best ones that is.’

I have had my face slapped, very hard grabbing and twisting of my tits and spat on. As I say, some really get into it.’

‘That would be one word for it.’

‘What would be another?’

‘Do you ever go back? To the rough ones I mean?’

‘I did initially but I soon learned that it never really works a second time. It never repeats well. It seems that I only really get off when they move from safe to scary and then on to the unknown. Where I can’t possibly guess what is coming next. Where I feel that anything – anything – could happen. It’s like dropping off a cliff or from a plane. When I can’t guess at what is coming next. When I am out there without a parachute or safety net or whatever.’

‘It’s the only thing that does it.’

She is getting quite emotional. She seems to think of this as an affliction, a sickness. But I know how she feels. It is the nature of all obsessions.

Humiliation perhaps the most addictive of all… 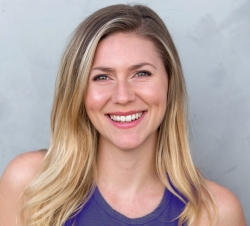 Janey
I’m just a woman with an exceptionally ‘grimy’ mind, who loves turning my Immoral thoughts, lewd fantasies and deeply-felt desires into words and stories. Life is just too short to keep them all to myself.
Born and live in Leeds. Divorced. Hobby.....exercising my luring imagination! 🙂

Latest posts by Janey (see all)